Another Uncle Frank -- The Bootlegger One

Sometime during the Roaring Twenties, Aunt Pearl found herself another husband. Her common-law husband had long-since disappeared. Her daughter was grown and courting a fellow in Cleveland, and the rest of the McCaskey sisters were all married. Pearl, who had always been the most flirtatious of the bunch, was feeling pretty left out. But not just any fellow would do this time. She needed someone to bring some excitement back into her life. She found him in Frank O'Neill. 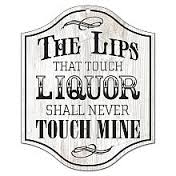 Frank had started his working career as a bartender, but Prohibition put an end to that job -- or so the Temperance Ladies would have liked to believe.  The secret of the Prohibition Era was not that alcoholic beverages were unavailable. The country was awash in alcohol, but it was now more of a challenge to get it -- or make it -- or sell it. And Americans have always loved a challenge. Religious uses of wine were still allowed, to the delight of the nation's Catholics, and the law did not prohibit the possession or consumption of alcohol. You just couldn't make large quantities or sell it, which put every tavern and saloon out of business. Or maybe not!

Uncle Frank was one of those who found a way to get around the law. Following a business plan he copied shamelessly from another tavern-operator in Pennsylvania, Frank opened a bookstore in Akron, Ohio. Make that  "a bookstore." In an unused storefront, he built bookcases along the walls and filled them with people's unwanted, used, or old books. Who knows? There might even have been some literary gems on his shelves.  Then he added "reading stations" and invited his customers to sit down at small tables to read and discuss books with each other. The lights were a little dim for reading, but not for literary discussions.  Each table  was stacked with additional books, water glasses were available because reading can be dry work, and the floor was covered in sawdust to soak up any accidental spills.

This was a speak-easy sophisticated enough to surpass those legendary back rooms with their vats of bathtub gin. In Frank's Bookstore, if you were a valued customer (meaning if you had money), he would tell you which books on the table contained the night's menu. "Try the third volume from the bottom of the pile," he might suggest, "and  be sure to notice the flowery phrases on page 73." And page 73 would list what contraband bottles of nectar had been delivered to his back door recently. 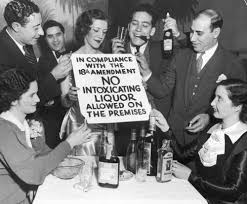 Was it illegal? Of course. Did he have to do business with organized crime? Yes. Was he a bootlegger? He was. And would he go to jail if he got caught? Not only would he -- he did so on several occasions, cooling his heels until Pearl could bail him out. Still, if the customers were quick and observant, they drank their shots in a single gulp and filled their glasses with water the minute there was a rumor of a raid. By the time the agents pushed their way through the doors of the bookshop, the customers were looking very serious, paging through the volumes on their table, pointing out certain passages, and proclaiming the literary excellence of this or that author. They might even grab one of the agents and try to sell him a book (just not the one with the menu inside).

Peal and Frank O'Neill were a happy couple. She was an attractive addition to the staff of the bookstore, and he was just dangerous enough to be exciting.  By the time I knew them, of course, Prohibition had been repealed, taking most of the fun out of running a speakeasy. Still, they kept the business going until Frank dropped dead of a heart attack, and Pearl was on her own once more.  I used to wonder, when she talked sadly about the "good old days in the bookstore," whether she missed the man or missed the fun of outwitting the law.


Posted by Carolyn Schriber at 6:30 AM