A New Calendar Division for a Writer's Year. 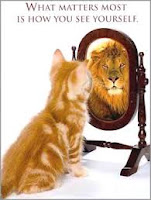 Let's face facts, weathermen, calendar makers, and retailers: Your seasons are seriously out of whack! Oh, don't cringe. This is not going to turn into a rant about climate change or Christmas trees in August at Costco. I'm satisfied with our trees still sporting green leaves in near-November and Gerber daisies cheerfully blooming on my porch on Halloween. I've even been known to smile as I switch on the furnace in the early morning hours and then turn to air-conditioning by dinnertime. I simply no longer find myself being guided by the old concepts of spring, summer, autumn, and winter. 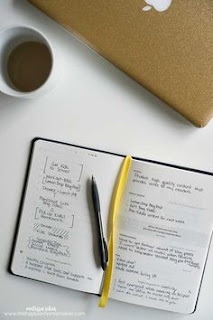 Several months ago, I discovered a new planner format that has changed the way I look at my work projects and my daily activities. It comes from a company called "Best Self," and it begins with the basic assumption that expecting normal people to plan ahead for a whole year is a formula for failure.  New Year's Resolutions are not sustainable over twelve months. Too many variables get in the way from one January to the next. This new system provides a planner that covers just 13 weeks at a time. And best of all, your year ( or rather, your "season" ) can start at any time. You set goals that are reachable in three months. Then you chart your days with those goals always in mind. And somehow, it works. Once you get the hang of it, 13-week goals are do-able and satisfying. At the end of that "season," you rate your progress, close the book, and start off again in a new planner, with new goals.

My latest planner covered August, September, and October. And here I am on Halloween--all goals accomplished and an extra day left over to re-evaluate where I've been and where I'm going. What I'm realizing is that my moods, my daily activities, and my writing goals all vary with the seasons, although my "seasons" don't necessarily correspond to the traditional divisions of spring, summer, autumn, and winter.

I don't recognize January first as the start of anything new. The Christmas decorations are still up (though bedraggled) and my thoughts are unavoidably occupied by memories of illness and loss. My year starts with February/March/April. I'm calling it "Emergence." It's a period of new beginnings, of breaking out--marked, perhaps by the swelling of tree-leaf buds that gives the bare branches a tinge of green. Maybe (as in spring)  there's a daffodil poking up through the cold mulch or a single confused flower on my azalea. More importantly, for me, there's a stirring of ideas, a shaking off of the past, an eagerness to start something new. I'll be planning, plotting, drawing story arcs, doing character sketches--all the first steps in writing a new book

Next, comes my season of "Implementation"--May/June/July. My birthday falls in early May, which always gives me a feeling of "OK, another year--here I come!" And then I'm ready to work hard. I've never been much of a summer person. I'm not a swimmer, I hate bugs, and I burn before I tan. So traditional summer finds me indoors, enjoying the air-conditioning, and eagerly pursuing my favorite pastimes of reading, researching, and intensive writing.  By the end of the season, I may be indulging in a Camp NaNoWriMo writing challenge, pounding out the conclusion of a new novel.

My third season is "Fruition"--August, September, October--when I set firm goals to finish up my current projects--to harvest those ideas that started to form in February and have been growing ever since. My current planner--the one I'm closing down today--started with three major goals, two of them involving book publications and the third having to do with a need to do a little travel and socializing. I can write "finished" on all three. I managed several meals out, a trip to San Antonio, and attendance at an important anniversary celebration for one of my favorite charities. And along the way, I've polished, edited, re-written, and formatted those two books.

And now I head into the fourth period--"Hibernation"--covering the worst cold days of the year-- November/December/January. These three months are always the most difficult for me because of their emphasis on family and celebrations, while I am distracted by empty dinner tables, missing family members, and the anniversaries of some of the most difficult times of my life. But I will also enjoy the days when dusk falls very early and I can close the shutters and light the fireplace. There is a peace in solitude that allows deep breaths, a straightening spine, and hope for better days to come. Contrary to popular opinion,  real hibernation involves much more than sleep. It's a period of evaluation, self-reflection, and a marshaling of resources, a necessary period of hatching and preparation for new projects to come.

Posted by Carolyn Schriber at 11:06 AM