The Things They Don't Tell You about NaNoWriMo

I've uncovered two underlying fault lines in that rock-hard theory that a writer can sit down every day for a month and churn out a set number of words -- with the result that a book miraculously appears at the end of thirty days. Oh, there are any number of people who will tell you they've done it (Hell, I've done it!), and there are book publishers out there who are ready to turn those wonderful thoughts into printed pages. Sure there are. 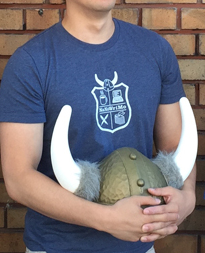 One comes from the assumption that the Muse is always on call. Often, she is. I have those days when the characters grab my story line and start talking to themselves in my head, as fast as I can hit the keys.  And if I'm interrupted--a neighbor drops by, an urgent request arrives in e-mail, or the cat food runs out, I can stop typing and take care of the problem without interrupting my line of thought. I can empty the dishwasher or fix a light bulb or take out the garbage while the characters keep right on talking in my head.

Yes, yes, don't bother telling me. I know that's another one of those bad signs -- like drinking my coffee black or craving radishes -- that proves I'm a psychopath at heart. That's all right. It's those voices that help a writer write.

On other days, the same characters stick their noses in the air, fold their arms across their chests, turn their backs, and refuse to utter a word. And when they do that, there's no real cure. Any attempt to write while the Muse is on strike produces nothing but drivel.

The other fault line is life itself. The creators of NaNoWriMo sometimes seem to have forgotten that Life with a capital L is no respecter of the plans of ordinary mortals. Things happen. Power goes out. The computer crashes. Some clumsy four-footed monster knocks a glass off the kitchen counter and leaves hundreds of sharp splinters underfoot. And sometimes it's something delightful. A friend receives a prestigious award and invites you to attend the award celebration. A long-distance call re-awakens another friendship. Whether they be good or bad, some interruptions put an end to a whole day's production schedule.

All of which is to say, I haven't had a good week so far. Sunday and Monday were OK, but Tuesday, Wednesday, and Friday the 13th were a total loss. Fortunately I have a couple of days' worth of extra words to cushion the lapses. And there's one more day this week to do some repair. Nevertheless, NaNoWriMo has taken a hit, and so has blogging. I'm posting this on both sites as a feeble excuse as I disappear and try to regain my momentum.

Posted by Carolyn Schriber at 3:06 PM